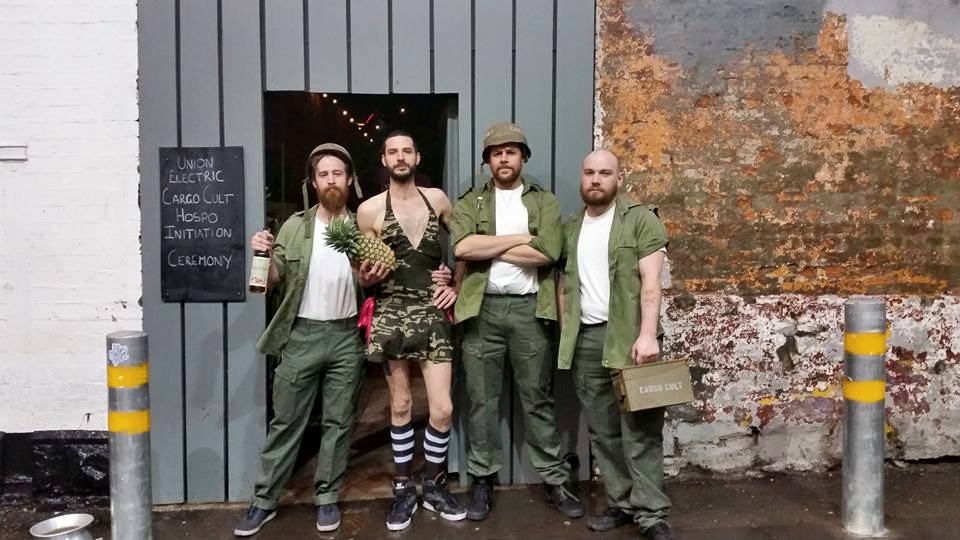 He disappeared in 1945, but in isolated pockets of tropical paradise Cargo Cults patiently await the return of the mystical John Frum and his wondrous cargo of limitless abundance.

For one week in July, the Union Electric becomes a tropical oasis and shrine to summon the return of John Frum, celebrating with a ritual imbibing of rum, feasting and general merriment.